tHEz is the
Source of The
VIRUS 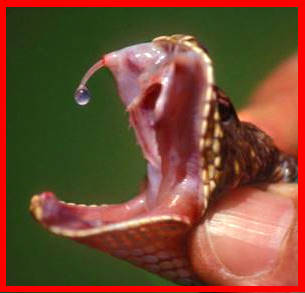 All three of the things in today’s verse have come to pass because of 'The Thief.' So who is this thief and what is his aim? These prophetic words of Christ give the answer, and so far, this thief has succeeded in manifesting these curses upon the world:

The thief is Satan and his weapon is a Virus and some scientists speculate that it originated from wild animals sold in Chinese food markets from bats or perhaps - not so coincidentally - from a Snake.

The Holy Spirit prompted me to look up the etymological origins of the word “virus” (which is a word that does NOT occur in the Bible) and I found out something very interesting!

The Latin source of this word is the word POISON and the word POISON in the original Greek of the Bible has as it’s word-root in the word ASP ... and SATAN is the great original ASP or SNAKE! Not so coincidentally, out of six of the seven times in the Bible that the word 'poison' is used, it is associated with 'snakes'!!!

Friends, the problems of the world are always best understood through the Lens of Scripture when we realize that our adversaries are not just physical (or medical), but also spiritual. (Ephesians 6:12) Is the Cornoavirus real? Yes, absolutely, and continue to take all advocated precautions! But while governments and medical experts are working on solutions to this pressing crisis, realize that this is a SPIRITUAL ATTACK by a very powerful ASP and his POISON.

Vaccines and good hygiene will help solve this crisis, but the ultimate solution is in the BLOOD OF JESUS. Pray HIS healing and miraculous blood to cover the world just like it did in ancient Egypt at Passover when it saved and covered God’s people from the plague of death then over the world. Through Prayer, God will hear His people and when we do, do not be surprised if and when a dramatic turn-around happens a lot sooner than we have been told.

What can you do? Practice good health, but especially - good Spiritual Health and PRAY!