“I Gotta Name,”
But Do YOU Have A
Heavenly Name? 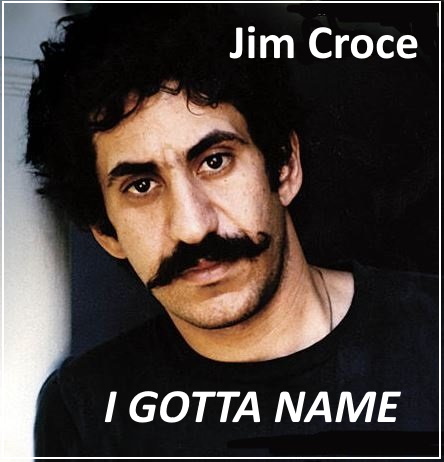 Jim Croce was a wonderful folk/pop singer who composed and performed many great songs, and one of his most heartfelt one was “I Gotta Name.” In it he emotionally describes his path through this world and how he is moving through life with strength, courage and resolve.

All of us have a name given by our parents while on earth, but did you know that in eternity all those with God will have their own special God-given name? As today’s verse says, he calls those that are His By Name, and Jesus adds to this in Revelation 2:17 -

“To the one who is victorious, I will give some of the hidden manna. I will also give that person a white stone with a NEW NAME written on it, known only to the one who receives it.”

You see, every single thing in the universe has a NAME, and those that are in God’s will also have 'A Name,' but those not in God will have NO NAME.

Anything that does not have a name by default does not exist.

Croce was right in that in this life we all have a name, and those that are victorious in Christ that leave this world will have a name in the next life. The question you have to face is — “Will You Have A Name In Eternity? If you do, Jesus will be able to call you, and you will be able to hear his voice.