Are People Who Believe
In The Bible Really
THAT STUPID (?!) 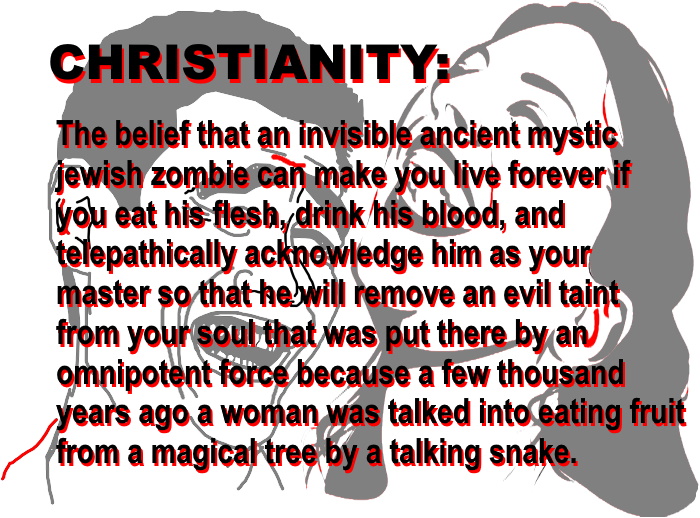 When you read the graphic with this message at face value, it appears that everything about what the Bible teaches is so ridiculous as to be insanely absurd. Not only are all these points ludicrous, but let’s add to that a talking donkey, a man swallowed by a giant fish, and the biggest whopper of all — someone that raised himself from the dead and claimed to be god.

If you are one of those people, I GET IT, and it’s easy to come to that conclusion, but consider three interesting FACTS that are impossible to refute.

First the Bible prophesied over 2,000 years ago that the Jews would be reunited as a nation and brought back to their homeland —and that came TRUE in 1948. Second historians and writers such as Mark Twain declared the desert, parched land of Palestine as “desolate and unlovely” — and it instead is TRUE today that Israel is a flowering land and a major exporter of flowers and fruits from what was once desert just as Isaiah 55:13 said that “The desert will rejoice, and flowers will bloom in the wastelands.” Third, in a world of so-called 'Fake News,' TRUE time is measured across the entire world based on 2,022 years after the (prophesied) birth of a 'so-called uneducated itinerant carpenter' of a purported 'mystic jewish zombie.' Why would the civilized world base history against a faker like that?

Just for fun, here are three more 'TRUE' things prophesied in the Bible yet to come (watch for them!)

Friend, if all these HAVE indeed happened and the above three points WILL happen, then THIS IS NO JOKE. While you have every right to think this is funny, or pathetic blind faith I have no expectations then that this message will change your mind, but consider this — what if these past and future prophecies are indeed TRUE? What if Christ is God and He really did rise from the dead? These are easy questions that only resolve to a simple YES or No answer, and the issue is “How Will YOU Answer?“

What basis have you come to YOUR conclusion?