Sin is A Mistake But
A Mistake Is Not A Sin

“Though a righteous person falls seven times,
They Will Recover,
But sin will destroy the evildoer.”
Proverbs 24:16 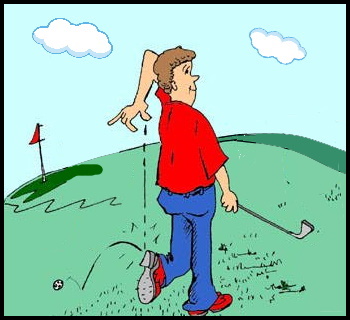 We all make mistakes in our lives, but making a mistake is NOT committing a sin, but mistakes can turn into sins if taken to an evil end. This raises an interesting question about the difference between making a MISTAKE and committing a SIN.

There was a story about a man playing golf, and in teeing off, his drive hooked badly into tall, rough weeds. That hit was a mistake, but instead of skillfully playing out of a tough spot, he casually dropped a new ball on a bare patch from within the weed bed so he could hit a far easier shot back onto the green.

Like the golfer in this story, sometimes what starts off as a mistake may evolve into a lie to cover it up. As today’s scripture verse tells us, those with integrity won’t let the mistake get them down, but will pick themselves up and do better next time. However if you lack integrity, the Bible warns us that while you might get away with that today, eventually that — and all other like sins — WILL eventually catch up to you.

None of us are perfect, so when you make a mistake, don’t get down on yourself, but pick yourself up, learn from it, and let it make you better not bitter!