Real JUSTICE
Is Not Defined by
An Adjective

“Don’t be surprised when you see the
Poor oppressed and the
Violent perverting JUSTICE and verdicts…
For one high official watches another, and
There are ones higher still over them.”
Job 4:17 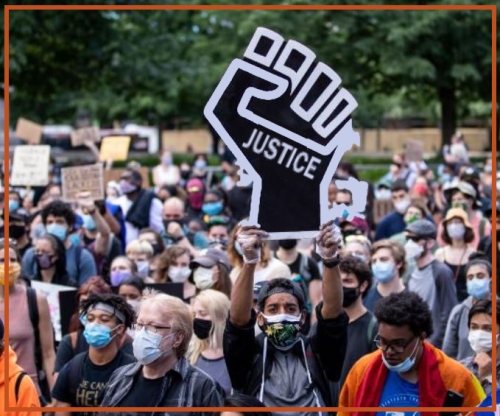 Without question widespread injustice is a reality all over the world. People from all levels of society are marginalized, minimalized and minified in a variety of ways, but as today’s scripture reference states, this should not be a surprise because this has been going on for thousands of years.

The problem however is that many today are now compartmentalizing 'Justice' based on their own focused interests and in doing that raise their particularly identified ADJECTIVE of justice as one of singular importance. By groups isolating their various definitions of justice, there then has followed a self-defined righteousness of how those people think that adjective of justice 'should' be resolved.

Again, referencing back to Job 4:17 while there may be a hierarchy of human judges, ultimately judgement ascends up to the supreme judge - and that is not the Supreme Court, but THE SUPREME BEING. You see, from God’s point of view, one 'justice' is not more important than any another 'justice.' God sees all injustice as SIN and all sin will be righteously and fairly judged by the ultimate judge.

JUSTICE DOES NOT NEED AN ADJECTIVE. JUSTICE is JUSTICE regardless to what group or application to which it applies, and the ultimate JUDGE of all INJUSTICE will be by the Supreme Judge as the Psalmist wrote:

“RIGHTEOUSNESS and JUSTICE are the foundation of God’s throne; and Lovingkindness and truth go forth from Him.”
Psalm 89:14

As a popular phrase truly states, 'If you are earnestly seeking JUSTICE, then seek PEACE' — and the true embodiment of Peace and The Complete Resolution Of ALL JUSTICE Is The Prince Of Peace — JESUS CHRIST.