Is Your Faith
A Noun Only or Both a
NOUN and a VERB? 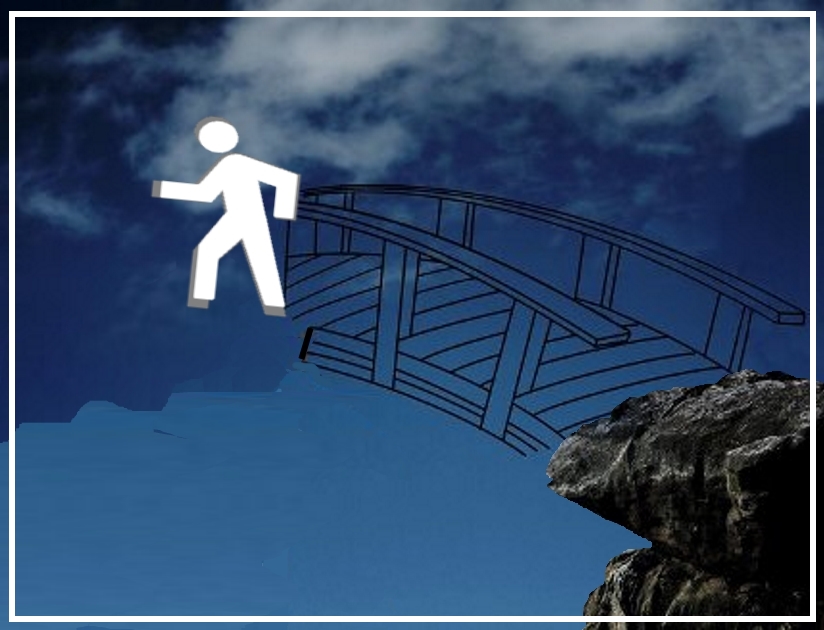 If you look up the word 'faith' in the dictionary it is a noun, (i.e. a thing) and a brief definition of faith is 'belief and trust in and loyalty to God' and while that is not exerciseable in the physical there is another important practice of faith that can and even must manifest outwardly.

There are two hundred thirty references on faith in scripture, and almost all of them refer to them as something held in hope or heart (and that is all fine!) but in today’s scripture as well as many other examples shown in Hebrews 11 show there is another side of faith that we all ought to practice at certain times, and that is taking faith from a noun as something we HAVE, to a VERB of something we DO.

Hebrews 11:1 even refers to faith as an element of things NOT seen, but in Jericho the Hebrews saw their objective, literally stepped out and acted on that faith in order to acquire it...and conqueror it they did! Like today’s picture it means acting in a space that is unknown, and literally stepping out into the unknown in order to bring it to fruition. When you do so, this is the act of DOING in those types of circumstances that can lead to FAITH FULFILLED!.

Friend is there something that you need to tangibly step out in faith on in your life? If so, leverage the noun of faith into the VERB of Faith!