Finally Standing
With The
TRUE STAR!

“All things work for good for
Those who love God and
Called according to
His purpose.”
Romans 8:28 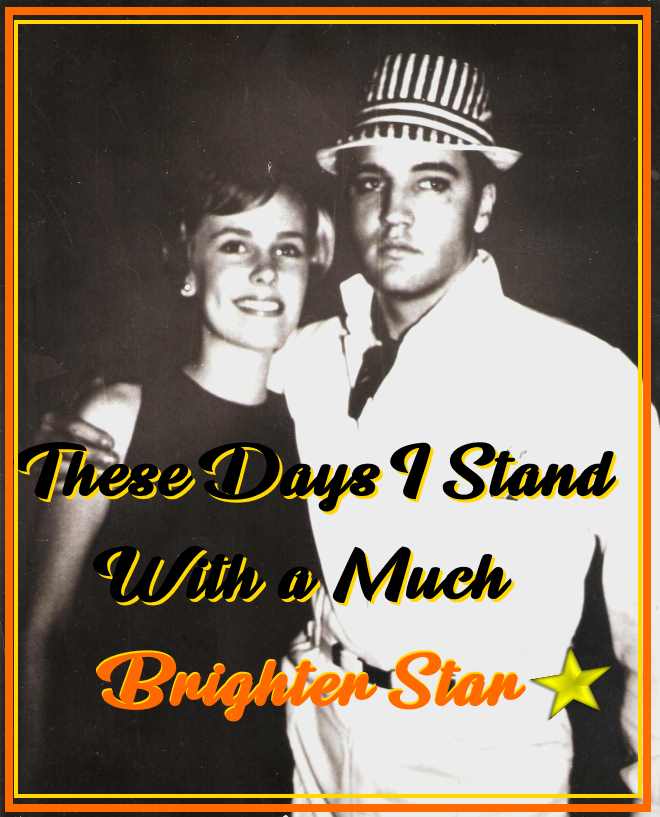 When I was three years old, my mother took me to a concert at the High School Gymnasium in our small Mississippi town on a hot, sultry southern night where I saw my first professional performance with a singing star named Hildegard. Her persona and projection mesmerized me, and from that moment on I knew I was destined to perform someday and also be a “STAR” on stage as well.

At seventeen my dream came true performing in stage shows in Las Vegas then shortly after on major nationally televised variety shows in Los Angeles on NBC, CBS and ABC. Standing next to and working with the biggest international stars at first was enthralling, but after a dozen years as a backup singer my heart was left empty, frustrated and neglected. I wanted to be recognized as “THE STAR,” not just a back-up singer, so I left show business and returned back to my roots in the south.

When we turn our attention away from ourselves and to God, it’s amazing how life can and WILL change! Although I was raised in the church, coming back home got me re-focused back on what was really important, and I rededicated myself to Christ. Then my life took an amazing new direction and things started happening in ways far higher than I ever did on my own!

I began writing inspirational songs, recorded my first CD in Nashville, and produced concerts performing worshipful, meaningful music. After one of my shows in Memphis, a woman I did not know came up to me and 'out of the blue' suggested that I visit her Bible college. Like that night in that sultry gymnasium decades earlier, that encounter with her changed my life. Not only did I start attending her Bible college, but also went on to seminary and in my mid-fifties became an ordained minister. Today my husband Wayne and I are sharing the gospel to thousands of people on social media as well as on International Internet TV to every continent around the world. [[ Please visit: NotesOnLife.org/tv ]]

The Bible says Jesus Christ is the “Bright and Morning STAR (Revelation 22:16) and when you follow Jesus, then you will then STAND WITH **THE** BRIGHTEST STAR for all Eternity!

Friend it is never too late to finding your true purpose in this life. Stand next to THE True Star - The Lord Jesus Christ - because He wants to stand next to you!