“Whosoever therefore resisteth the power,
resisteth the ordinance of God: and they that
resist shall receive to themselves damnation.”
Romans 13:2 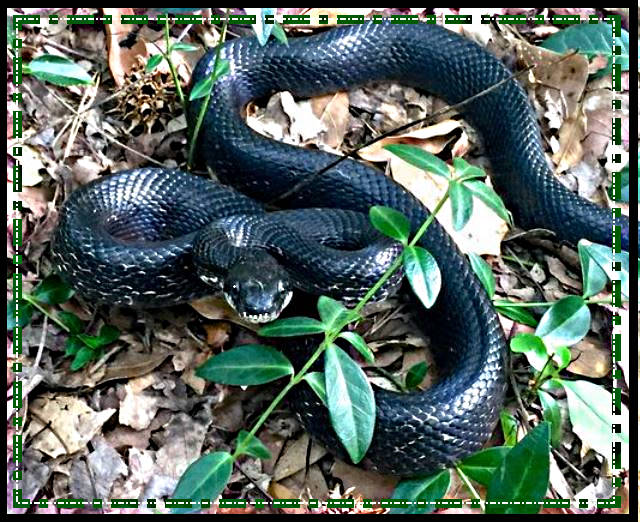 Our little dog was barking furiously in the backyard, and in going to investigate saw her confronting a small but aggressive black snake. It was wiggling back in forth, it’s head darting back and forth, defiantly showing a row of sharp teeth menacingly scaring our timid frightened dog.

You would think that when this giant of a human approached with shovel in hand to ensure the demise of the little belligerent serpent, that the snake would have slithered off out of respect of a superior entity, but no!! Instead, the slinking viper raised it’s head up even more defiantly as if to say, “Who do you think YOU are! I don’t have to mind or be afraid of you!!”

Sadly, this is how many people behave towards God! Even though in reality people are like less than one grain of sand in the Sarah desert, they likewise defiantly raise their heads and likewise say “Who do you think YOU are?! I’m my own person and I determine my own destiny, and I am NOT afraid of who you think you are!”

Well like today’s verse, things did not turn out well for the snake! Despite numerous hard blows to crush it’s head, it continued to snap it’s jaws and lunge at an opponent that was so far out of both it’s reach and size to the bitter end. Even at it’s dying breath, his eyes glared back at me with insolence up to the end of his certain demise.

Are you like that snake? If you think that you are bigger than anything you can face – either in this life or the next- THINK AGAIN! All will stand before the judgement seat of God, so when you do, will you meet him as Friend or FOE? Consider this wise exhortation from the Book of Proverbs:

“ The fear of the LORD is
the beginning of wisdom: and
the knowledge of the holy
Is UNDERSTANDING.”
Proverbs 9:10

My friend, while you can defiantly resist God in this life, you cannot resist Him in the NEXT! Based on your Humility or Haughtiness, you will see either Great Joy or or Great Judgment. Fear and HONOUR GOD in this life, for He is God! If you have not done so, turn to Him TODAY and turn from your defiant ways. His ways for those that honour Him are love, peace, and forgiveness - for He is patiently waiting for you.