A Man Who Made My Day

“Let brotherly love continue.
Be not forgetful to entertain strangers: for thereby
some have entertained angels unawares.” 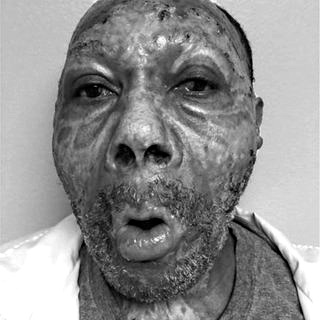 I was coming out of the grocery store headed for my car where I saw a man sitting on a stool at the corner of the side walk smiling a big, contagious smile at me. I noticed the cup in his left hand and felt the Holy Spirit nudge me, so I reached in my purse and tucked a dollar in his cup. Then out of nowhere he began talking to me like I was an old friend he hadn’t seen for a while sayin’, “How ya doin’ on this bright, blue sky mornin’?” “Ain’t this a beautiful day?” I smiled back and said, “It sure is!”

I said. He didn’t elaborate further about what had to have been a horrific accident, but wanted me to know that for the last seven years he has been sitting on this very same corner watchin’ and talkin’ to the folks go by.

“Oh, yes mam,” he replied, “I meet people with money, those who have none and believe me, I understand that and those who never notice me like I’m not even here. I have to say, though, I always get a kick out of those who remember my name.”

So I asked him, “What’s your name?” “Carter, he replied. Carter’s my name.” “Well, it’s so nice to meet you, Carter. My name is Jeanne.” Carter shared that he raised his daughter by himself and she has given him five precious grand children who he wouldn’t trade for anything in this world. Here was a man who had nearly lost his legs and nearly his very life, yet through it all he looks at life with such a wonderful positive attitude.

Meeting Carter that day was an inspiration to me. I met a man who didn’t have worldly riches, but a man who was rich with the love of God in his soul. A man who in his “little corner of the world” brings joy to those who stop and take a few moments of time to speak to a human being who is more precious than anything in God’s sight.

Likewise my friend, open your heart to the Holy Spirit’s prompting if He points you to someone who may need your help or encouragement. Don’t rush away. You might even be in the company of an angel as the Bible says in Hebrews 13. Take time to ask his or her name. Ask about their life. Just like Carter and me, you may be surprised at the blessings the two of you will share.